Guggulesterones Can Help to Reduce Inflammation 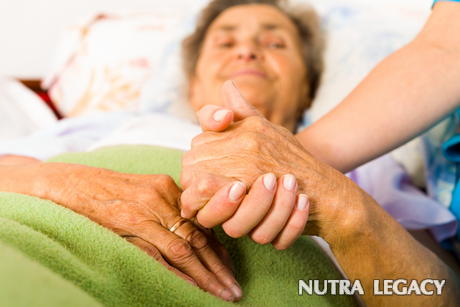 If you’ve never heard of guggulesterones, you may be missing out on one of the newest wonder chemicals for the treatment of practically everything under the sun. While they were initially believed to help lower cholesterol, recent studies have suggested that may not be the only case. Guggulesterones have been shown to have other positive benefits, including being used to reduce inflammation.

Guggulesterones are a purified version of a gum resin that comes from the Commiphora mukul tree of India. These trees are best known because their bark is used for myrrh. Over the last three decades, a great deal of research on these products has been done because they are believed to have benefits for the heart. Until recently, very little research had been done on guggulesterones outside of India.

The active ingredient in guggulesterones is a steroid which is why it is believed to be so effective in so many ways.

Some research has been done to suggest these plant-based chemicals can have a positive impact on inflammation. One study included 30 people who suffered from osteoarthritis. The people were given 500 mg of the product and their improvement was measured throughout the course of the study. All of the patients showed definite improvement. Other studies have also shown similar effects with other types of inflammation.

Reduced inflammation is also one reason why these chemicals are included frequently in nutritional supplements aimed at body builders and athletes who repeatedly damage their bodies and require something to help their bodies heal effectively. Of course, other benefits also make the chemicals desirable for these groups as well.

Guggulesterones actually have an impact on thyroid function as well which is beneficial for many groups and for many aspects of good health. Basically, thyroid hormones are essential for development. They play an important role in metabolism and help stabilize our weight. These hormones also help increase protein production in the body which means it is essential for bodybuilders needing to produce lean muscle mass. Additionally, the thyroid hormones help everyone burn fat more effectively. What does this have to do with guggulesterones? Well, these chemicals actually increase the thyroid’s production of two of its most important hormones. That means taking these chemicals can help improve overall health for many people, even if it turns out not to be effective at reducing cholesterol levels.

While not much has been done on the subject, some early findings suggest that guggulesterones could play an important role in fighting cancer as well. What is known is that these plant chemicals seem to inhibit the expression of certain factors that are an important part of cancer cell reproduction. By inhibiting this factor, the cancer cells’ growth will either slow or stop altogether which means the disease could be prevented from spreading. More work needs to be done in this area but given that three-fourths of drugs used today for treating cancer are derived from plants this future use is not such a long shot.

Positive effects of guggelsterones can be also obtained from Cholest Solve 24/7, which is an all-natural dietary supplement.

2 Responses to “Guggulesterones Can Help to Reduce Inflammation”