What would you like to learn about thin blood?

Do You Have Thin Blood or Thick Blood– Updated Article With New Information. 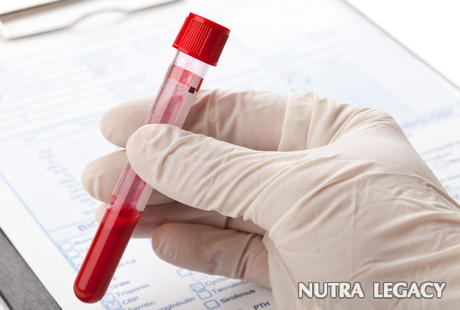 Nowadays it is common to hear the terms “thin” and “thick” blood. Maybe you’ve wondered if you have either of these conditions and whether they are serious. Let’s examine what it actually means to have thick blood or thin blood.

Thick blood (a.k.a hypercoagulability) is a much more viscous, meaning thicker and stickier than normal. The reason for this is some sort of abnormality in the process of blood clotting. The result is hindered circulation of nutrients, oxygen, and hormones, where they are not directed successfully to tissues and cells in the body. If this gets serious, it could cause widespread nutritional and hormonal deficiencies, and even hypoxia, which is a condition in which cells have very low oxygen levels.

Thick blood symptoms include abnormal blood thickness, slow bleeding, repeated miscarriages, nutritional and hormonal deficiencies, and possibly a chronic condition. Hypercoagulability may be caused by genetic predisposition, thrombosis in the family history, disruption of oxygen or nutrient delivery in the body, and viral infections. Hypercoagulability could also be the result of severe emotional stress, a trauma – like a car accident, or a severe infection.

People who have chronic problems of thick blood receive routinely prescribed medications. But if the problem is not severe, there are many natural blood thinners, which are very effective, as well as safe. Try eating blood thinning foods, such as berries, nuts, and dried fruits. It is also advisable to incorporate more Omega3-rich seafood into your diet to help the blood flow freely. To enhance general blood circulation you can use various spices, such as cinnamon, turmeric, cayenne and chili powders.

Now let’s talk about thin blood. This is a condition, in which there is a lack of platelets in the blood, a.k.a. thrombocytopenia. Platelets, also called thrombocytes, are blood cells with no color, which help blood clotting. They are the ones that clump the blood together and form plugs in order to prevent blood loss. Thin blood can also cause abnormal bleeding, becaue when there are less platelets in the blood, more time is needed in order to stop the bleeding. Thin blood symptoms include prolonged bleeding from cuts, spontaneous nosebleeds, easy bruising, and body rashes. Thrombocytopenia may be caused by low production of platelets in the bone marrow or increased platelet removal from the spleen, liver, or the bloodstream.

Usually, people suffering from thrombocytopenia are advised to avoid such medications as aspirin, since they might hinder the platelet function. Excessive alcohol consumption should also be avoided, as well as all contact sports, where bleeding is most likely inevitable and those with thrombocytopenia definitely have a higher injury risk. Treating thin blood largely depends on its cause. Thrombocytopenia can often develop because of a separate disorder, such as leukemia, or simply an immune system malfunction, and even a result of the side effects of some medication. For the original story, and further information on thin and thick blood, click here

For more information, go to:
en.wikipedia.org