Coleus Forskolin is a plant grown in India and is believed by many alternative medical experts to cure most diseases. It also aids in blood clot prevention. 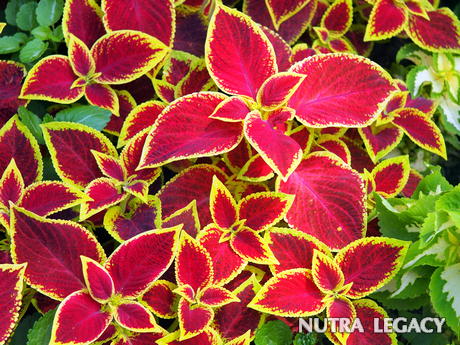 Ever heard of Coleus Forskolin? Most people haven’t but, it could be one of the super supplements that can help alleviate a variety of health problems. The coleus plant grows in India and surrounding countries and is imported to the United States to be sold as coleus extract or coleus forskohlii extract. Forskolin extract is believed by many alternative medical experts to cure almost every kind of disease known to man. Sound too good to be true? While most of these supplements are exaggerated there is some research to indicate that there are beneficial effects on health, if not quite as wonderful as advertised. Forskolin extract could be on of those that actually come close to living up to the hype.

Coleus extract is thought to activate adentyl cyclase which enhances cellular functioning. The coleus plant is thought to be a very effective weight loss supplement. It has been shown in some research to actually increase the metabolism of fat. Some have reported losing up to 10 pounds within a few months of taking coleus forskolin extract.

One of the most important effects of coleus plants is that it is thought to aid in reducing the risk of blood clots. Blood clots in the circulatory system are known to affect and increase the prevalence of heart disease and stroke. Because coleus extract also decreases blood pressure it has an added benefit to the heart. Because these disorders are common and life threatening using coleus forskolii extract can serve as a life line to those suffering from high blood pressure.

Coleus plants and coleus forskolin extract are thought to have many other health benefits as well. Coleus forskolin is also being used to fight depression. By aiding cellular health it is believed to increase the effectiveness or neurotransmitters in the brain. When these neurotransmitters perform more efficiently they seem to increase the level of serotonin which is the cause of most mood disorders.

Coleus forskolii extract from coleus plants are also being used as a cancer preventative. Because coleus extract affects the body on a cellular level, it is thought that it may help the body better fight cancerous cells before they develop.

Another benefit related to coleus forskolin seems to have is on glaucoma. Glaucoma is a disease that affects the eyes. Increased pressure because of glaucoma can and often does result in blindness. There has been research indicating that coleus extract from coleus plants reduces ocular pressure when taken consistently. However, it has only been shown to be effective for short periods of time.

The coleus plant and coleus forskohlii extract has numerous benefits to health. As more and more people are turning to natural herbs and supplements they are finding that many of these do not work. One of the exceptions may be coleus forskolin extract. Its benefits for helping with reducing blood clot formations, depression, glaucoma, and heart disease if true can help thousands of people in their search for better health. Coleus plants and coleus extract don’t seem to have any adverse effect, so what is the harm in trying?