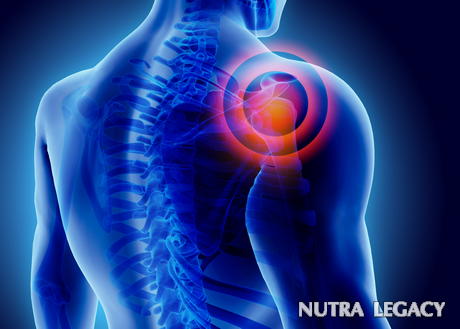 C-reactive protein (CRP) — is a serum protein produced in response to inflammation, infection or tissue damage. It reflects general levels of inflammation in the human body. Inflammation, although often confused with swelling, merely is the process of a body responding to an injury or an infection and it is now believed to play a role in the initiation and progression of cardiovascular disease.

C-reactive protein is produced by the liver and plays an extremely important role of interfering with the complement system – an immunologic defense mechanism. The level of CRP in the blood is measured by a special test that is performed when acute inflammation is a risk (such as from an infection after surgery) or suspected based on a patient’s symptoms as CRP increases in severe cases of inflammation. This test also helps evaluate conditions such as Lupus and Rheumatoid Arthritis and is often repeated to determine if the treatment is effective. CRP levels of less than 1mg per liter of blood are considered to be normal. A CRP level of zero is the ideal result. Viral infections tend to give a lower CRP level than bacterial infection.

There are no precautions regarding the C-reactive protein test. No advance preparation for the CRP test is needed on the patient’s part. It usually takes a few minutes to withdraw a small sample of blood from a patient’s vein. The test itself is performed in a laboratory and the results of the CRP test are available in three to five days.

The C reactive protein blood test is considered to be a general not specific test that can reveal the presence of inflammation in the body. However, it cannot show precisely where the inflammation is located or what is causing it. Therefore, other tests are needed to find the location and the cause of the inflammation.

Normally, C-reactive protein is not found in healthy people’s blood. It occurs after infection, injury or inflammation and it disappears when the infection or inflammation subsides or when the injury heals. Usually the amount of CRP that is produced by the human’s body varies from person to person, and that difference is influenced by the genetic makeup and lifestyle of the individual. Smokers and overweight individuals who have high blood pressure tend to have the highest CRP levels. Athletic individuals usually have lower CRP levels.

Recent research shows that too much inflammation can sometimes have adverse effects on the blood vessels which transport nutrients and oxygen throughout the human body. CRP has been claimed to be related to the heart disease. New studies show that CRP may be elevated in heart attacks. However, it has not been determined yet if CRP is a marker of heart disease or if it plays a part in causing atherosclerotic disease (hardening of the arteries).

CRP is also used to monitor wound healing and to monitor patients who have surgical cuts (incisions), organ transplants or burns as an early detection system for possible infections. In addition to the regular CRP test, there is also a high sensitivity CRP test (hs-CRP). The hs-CRP is usually used to assess risk for heart problems and measures very low amounts of CRP in the patient’s blood.

One Response to “Cardiac CRP and Inflammation as Risk Factors”