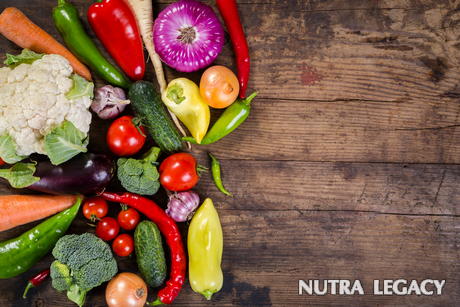 Diets low in cholesterol have been frequently discussed in the news in recent years as physicians begin to more strongly recommend lifestyle changes for people who have higher than acceptable levels of cholesterol in their blood.

Prior to the publication of a 1982 study conducted in Norway, a commonly held belief was that dietary changes had little to do with cholesterol levels. The study included more than 1,200 men between the ages of 40 and 49 who had normal blood pressure but high cholesterol levels. Most of the men were eating a diet high in saturated fat and cholesterol, including eggs and sausage. After being randomly assigned to one of two groups, the experimental group started a diet intended to lower their cholesterol levels.

The study lasted for five years and at the end of that time the men averaged a 13 percent reduction in bad cholesterol levels. Additionally, the ratio of HDL (good cholesterol) to LDL (bad cholesterol) rose. According to the Oslo physicians overseeing the study, the men in the experimental group reduced their risks of heart disease and sudden death by 47 percent when compared to the control group whose diet had not changed during the same period.

After that ground-breaking Norwegian study, physicians adopted recommendations for low-cholesterol diets as a way to improve patients’ health. For example, the American Heart Association (AHA) recommends a diet limited to 300 milligrams of cholesterol per day or 200 milligrams for those who have heart disease. Because foods high in saturated fat tend to also be high in cholesterol, limiting these foods is also a good way to reduce health risks.

Health risks have been outlined by the AHA as well. Even though our body is capable of processing and removing some excess cholesterol via our livers, our bodies are only able to handle so much. When we exceed that level, the excess cholesterol ends up in our bloodstream where it can lead to blockages in our arteries, and those blockages can lead to major heart attacks and strokes.

As the Oslo study demonstrated decades ago, a low-cholesterol diet can reduce risks of facing many these health problems. According to WebMD.com, bad cholesterol levels can drop by up to 20 percent with some simple dietary changes.

The Basics of Low Cholesterol Diets

Low-cholesterol diets should be high in whole grains, fresh fruits, vegetables, and beans. You also want to avoid trans fats and polyunsaturated oils. If you need to cook with oil, use olive or canola oil instead. Cutting back on fried foods is always a good idea as well. Eating oatmeal frequently is one of the best ways to help reduce cholesterol, as pointed out on WebMD.com, and egg substitutes and fish are good options if you are trying to incorporate more protein into your diet.

The key here is a balanced diet that focuses on reducing foods high in saturated fats; however, according to the AHA, exercising and quitting smoking can also be helpful.

One Response to “Benefits of Low Cholesterol Diets”