Do You Have Thin Blood or Thick Blood? 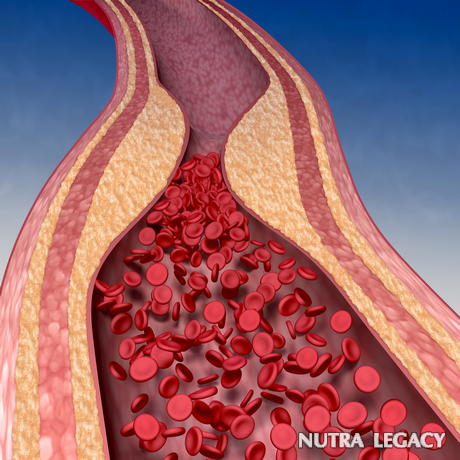 We often hear the terms “thick” and “thin” blood. Unfortunately, more and more people today have to deal with these serious medical conditions. So what exactly do these two terms mean?

Thick blood (also known as hypercoagulability) is a condition where the blood is a lot more viscous (stickier and thicker) than normal. This is caused by an abnormality in the clotting process. As a result, the circulation of oxygen, hormones and nutrients is hindered and they cannot be transferred successfully to cells and tissues throughout the body. This, in turn, might lead to widespread hormonal and nutritional deficiencies as well as hypoxia (a condition where cells have a very low level of oxygen). Blood thinning foods are usually helpful in thick blood treatment.

Symptoms of having thick blood are:
• Slow bleeding (if you have a cut)
• Abnormal blood thickness (when having a blood drawn)
• Hormonal and nutritional deficiencies
• Miscarriages
• One or more chronic conditions, such as Candida, irritable bowel syndrome or chronic fatigue syndrome

Hypercoagulability might also occur after trauma such as a car accident, severe emotional stress or a severe infection. Most people recover eventually, however, a minority start to develop a chronic condition called fibromyalgia. These people might be suffering from a genetic protein defect that makes them especially prone to develop hypercoagulability. Recent research has proven that hypercoagulability provides for a greater risk factor for heart disease or stroke.

The main causes of hypercoagulability are:
– A family history of thrombosis
– Genetic predisposition for thick blood (particularly found in Caucasians)
– Disruption of nutrient and oxygen delivery throughout the body
– Difficulties in treating any types of bacteria, fungal or viral infections

The symptoms of having a thin blood are:
• Spontaneous nosebleeds or bleeding in the mouth
• Prolonged bleeding from cuts
• Rash on the body (red pinpoint spots), usually on the lower legs
• Bruising easily
Three main factors that can cause thrombocytopenia are:
• Flow platelet production in bone marrow
• Increased removal of platelets from the liver or spleen (also called extravascular)
• Increased removal of platelets from the bloodstream (also called intravascular)

Usually, when thrombocytopenia is the case, doctors recommend avoiding such drugs as aspirin because they can impair platelet function. They might also recommend avoiding excessive alcohol intake and all contact sports that can put you at a higher risk of injury and bleeding should be quitted.

The treatment of thrombocytopenia, initially, depends on the cause of the condition. Quite often thrombocytopenia develops as a result of a separate disorder, such as an immune system malfunction or leukemia, or also as a medication side effect. Complications might vary from no symptoms at all to severe bleeding. Thrombocytopenia usually improves when the underlying cause is treated.

One Response to “Do You Have Thin Blood or Thick Blood?”