All You Need to Know about Blood Vessel Diseases 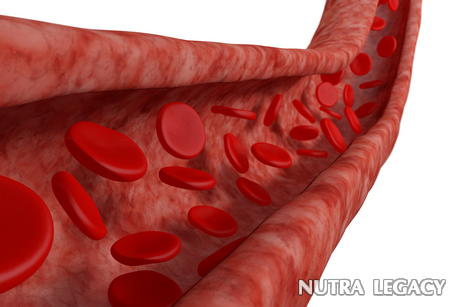 Cardiovascular disease refers a large amount of different types of blood vessel and heart problems. It is most commonly used to describe damage caused by atherosclerosis. Atherosclerosis affects the arteries which carry blood rich oxygen and other nutrients to the rest of the body.

Healthy arteries are strong, elastic and flexible. However, with the passage of time, increased pressure can cause arterial walls to become thick and stiff and this can restrict the blood flow to tissues and organs in the body. This “hardening of the arteries” is known as arteriosclerosis and the most common form of this process is atherosclerosis. Causes of atherosclerosis include a poor diet rich in saturated fats, lack of physical exercise, smoking and obesity. These are all major causes of atherosclerosis and blood vessel disease.

The cardiovascular system includes the heart and all the blood vessels, veins and arteries throughout the body. Diseases and conditions such as valve disease and aneurysms are examples of blood vessel or cardiovascular diseases. Some forms of blood vessel disease are inherited (congenital), and others may be contracted in later life, usually as a result of unhealthy lifestyle choices, such as smoking which can significantly damage your arteries and may lead to atherosclerosis.

Here are some examples of some forms of blood vessel disease:

This is a weakness or bulge in the wall of either an artery or a vein. Once an aneurysm forms, it tends to get bigger over time. As the size of the aneurism increase, so does their potential to rupture, and this may cause bleeding which may be life-threatening. Aneurysms can be found in arteries anywhere in the body, but are most common in the arteries located at the base of the brain, and in the abdominal aorta.

High blood pressure, known as hypertension is perhaps the most common form of blood vessel disease in the Western World. It is caused by the increased force of blood moving through the blood vessels. High blood pressure has a number of different causes, and can be life-threatening. However, it is preventable and there are many blood vessel treatments. Hypertension may also lead to other forms of cardiovascular disease, including heart failure and stroke.

Peripheral arterial disease affects the arteries which supply blood to your arms and legs. The arteries (usually in the legs) can become blocked or narrowed. When the narrowing is mild, symptoms may include pain in the legs, and may only be felt during exercise. As the disease advances, the arteries become increasingly obstructed, and pain and cramping may become more acute, and may be felt while at rest.