What Are The Stem Cells Pros And Cons?

The topic of stem cells has been in the news for quite some time. Various members of the medical community have been touting the medical miracles of stem cells as a positive alternative for those that suffer from many disorders. The religious communities offer controversy while those that are afflicted with debilitating and life threatening paralysis wait out the arguments. So what are the pros and cons of stem cells and what’s all the controversy about and where do stem cells come from? 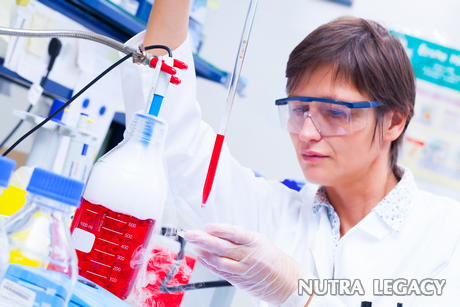 Medical science has been investigating stem cells for quite a long time. Stem cells are multifunctional cells that have the ability to create other types of specific cells that may be needed or used as replacement cells. There are three main sources where stem cells come from: adult stem cells, cord stem cells and embryonic stem cells. Adult stem cells can be removed from bone marrow and other resources, but the process is painful and some destruction can occur. The bone marrow is a rich source, but other sources within the bone can also be used. The problem with this approach is that it is a longer term process. Cord stem cells are taken from the umbilical cord, often during pregnancy. These stem cells are more useful for the immediate family relation and are best used with a close DNA match. Scientists are developing better methods for transfer with a reduced risk factor. The major controversy occurs when approaching the discussion of embryonic stem cells. These stem cells are taken directly from an embryo during the condition known as blastocyst. There are only about one hundred cells within the embryo at this stage, with a majority as stem cells. Those of religious convictions that believe the blastocyst is a life in the truest form, object to the stem cell extraction; specifically that blastocysts will be created for the sole purpose of extracting the stem cells.

Pros:
Over the years, stem cell research has resulted in potential cures for some of the major disorders that plague our society. These disorder include but are not limited to disease states like: Parkinson’s, Alzheimer’s, heart disease, strokes, Type I diabetes and birth defects. Major life debilitating situations such as spinal cord injuries as well as approaches to reduce or eliminate cancers have also shown promising results with the use of stem cells.

Cons:
The cons surrounding stem cell research seems to flow simply around the methods and research directions that the medical community will use for embryonic stem cells. The concerns regarding the methodology of potentially destroying what they consider life for the benefit of another, as well as the possibility of creating blastocysts for the sole purpose of stem cell extraction is the main objections. There are other arguments that indicate some embryonic stem cell results have been questionable, cause alternative medical problems and abnormalities.

The government approval for limited stem cell research has put a damper on the ability to prove or disprove any secondary problems that might occur with embryonic stem cells. The pressure placed on government officials by the religious communities have delayed more advanced research to offer any potential outcome. While this is a direct conflict between church and state, it is a factor that weighs heavily on continued medical advancement.

In the meantime, those people that could benefit with continued or improved life, wait for the approval of stem cell research advancement.

2 Responses to “What Are The Stem Cells Pros And Cons?”